When you practice hard enough, you’ll notice sweat stains on your bogu.

So I keep forgetting how to tie the kote knot, so I’m leaving myself a post so I can look it up easily.

This diagram is from mushinkankendo.com. 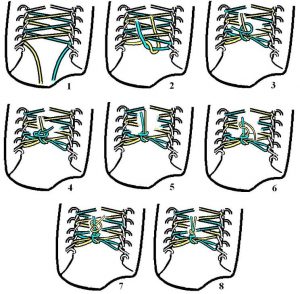 I decided I would get busy and make my own daito. END_OF_DOCUMENT_TOKEN_TO_BE_REPLACED

Some bogu basics from Meijin.fi. 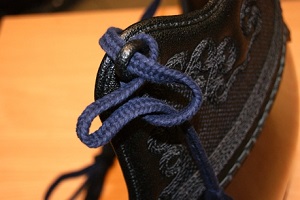 On refereeing and recording scores: http://www.halifaxkendo.org/articles/Shinpan1.pdf

So you’ve replaced himo but it’s too long and you don’t want to deal with frayed ends.

Tying ends and scotch tape are for noobs.

Heat shrink tubing is for pros.

END_OF_DOCUMENT_TOKEN_TO_BE_REPLACED

I’ve been wanting to replace my kote himo ever since the lace attached to the inside of the kote started fraying. The laces finally came undone, so the immediacy of lace replacement was evident. END_OF_DOCUMENT_TOKEN_TO_BE_REPLACED

last practice i noticed the leather on the tip of my shinai was wearing out…most likely due to hitting the mengane. 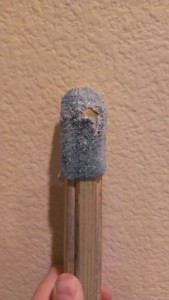 so i had to learn how to replace the sakigawa and tsuru.

insert tsuru into holes in sakigawa

insert other end through loop

bring end under the looped end

over and then through the loop

i studied this diagram: